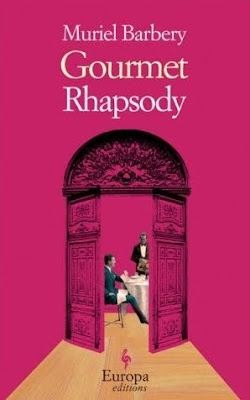 Proust’s infamous madeleine cannot hold a candle to the lush, winsome memories of meals past to be found in Muriel Barbery’s Gourmet Rhapsody. M. Pierre Arthens is France’s premier restaurant critic—so premier in fact that he’s simply called the Maître—and we meet him as he lies in bed, waiting to die. Fervently he mines years of gastronomic delights and discoveries in search of one single flavor, one that he says is “the only true thing ever accomplished.”

What unfolds—in vignettes narrated by him and a chorus of his familiars (most human, some quite comically not)—is a portrait of a man in thrall to the very ingredient that makes French cuisine so inescapably, ecstatically, seductive: It’s not cream, nor cognac, but the cook who defines those glorious tastes.

“The only true work of art, in the end,” he says,
“is another person’s feast.”